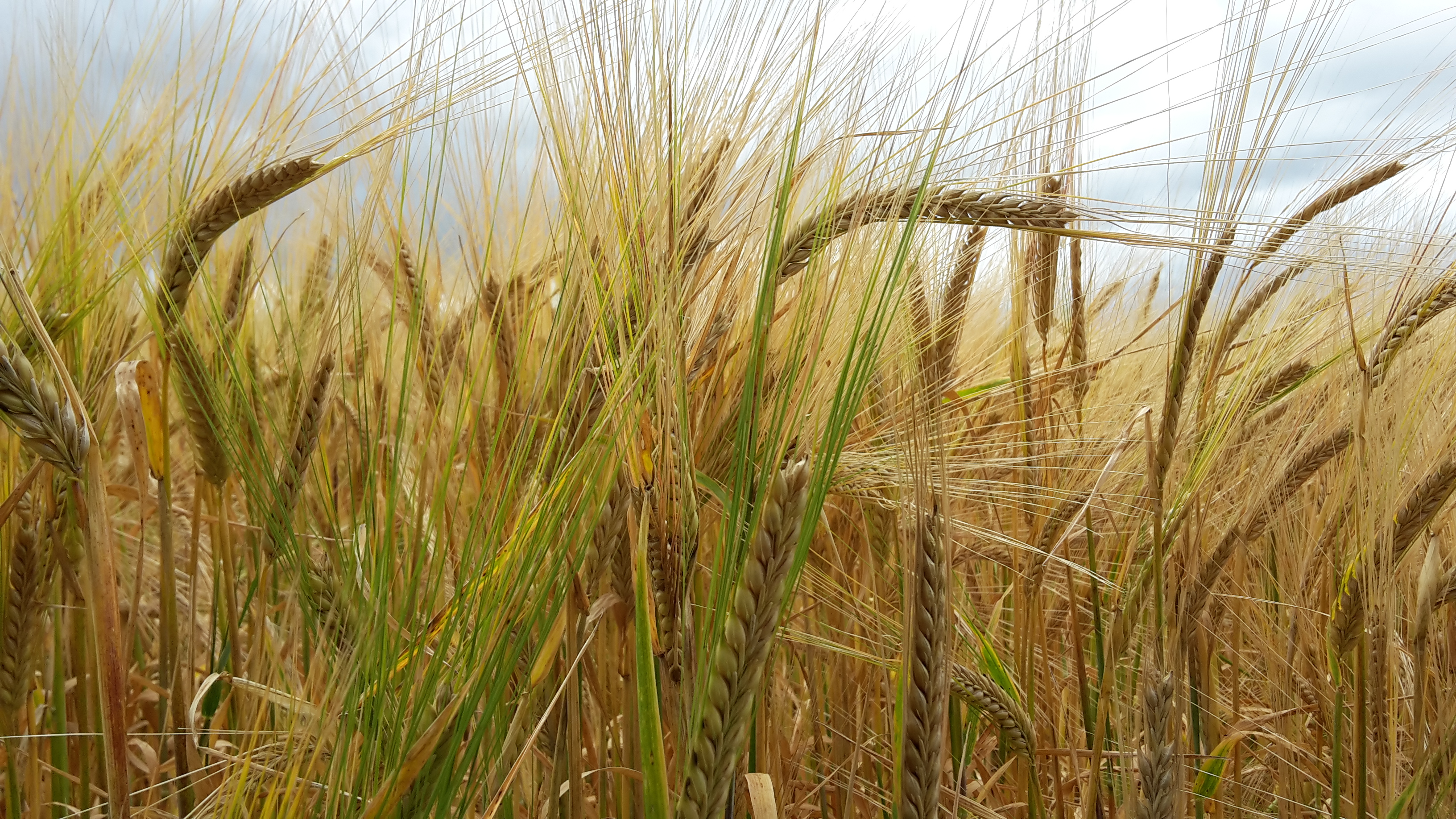 Avid readers of this blog may recall that I have touched on the concept of terroir previously, in the context of the use of peat in the production of whisky. I have had a few discussions about this and around the same concept applied to the grain itself – and indeed have had a couple of profound experiences related to this subject – so it was with great interest that I watched a debate unfold on Twitter involving numerous voices I hold in high regard. Rather than interrupt an insightful and educational thread with my own condensed ramblings I decided to add my own thoughts and experiences here.

At its essence terroir is a simple concept which in theory can be applied to any plant: the makeup of the soil, the location (at various levels of scale) where it was grown and the climate of the surroundings all have a driving influence on the makeup and character of the resulting plant. In the whisky world the influence of terroir is often contested or dismissed due to the heavy processing involved in the journey from grain to glass – surely something as subtle as the field in which barley was grown can have no more than a negligible effect on a whisky which has seen the barley malted, mashed, fermented, distilled multiple times before being left in oak casks to mature for years?

I have had a couple of experiences which I believe have been the effect of terroir’s influence on whisky. During a visit to Mountain Laurel Distillery, a small rye whiskey distillery in Pennsylvania which produces Dad’s Hat Rye, I was given a sample of something a little unusual; something which although identifiable as Dad’s Hat was far spicier than anything else they have produced, lots of chili pepper heat and other mouth-watering top notes. On first sampling, the distillers initially thought this must be a quirk from the cask, however there were a number of casks all exhibiting this same unusual profile. The only difference between these casks and the rest of the casks in the warehouse was that they were from a batch which had used rye from a farm about a half hour’s drive from their usual supplier.

Similarly, while meeting Mark from Malt Review at last year’s Spirit of Speyside festival he was kind enough to let me sample two new makes from Waterford distillery. The spirits were both mashed, fermented and distilled to the exact same specification with the only difference being the barley; again the grain was taken from farms a half hour’s drive apart where the soil is distinct. On sampling the new makes, the difference was pronounced: where one was light and fruit-led, the other was oilier, robust and almost earthy.

To step back to fundamentals, the location of a field and its soil will undoubtedly affect the barley grown in it: varying levels of sunlight, rainfall and irrigation will result in a plant with a starch composition unique to this set of variables. There is certainly enough variation for human taste buds to detect.

Some may argue that mashing the malted barley – breaking this starch down into sugars – renders the vagaries of starch composition meaningless, yet I imagine few would argue that the process of boiling two vegetables with different ripeness would result in identically flavoured food.

Similarly one may consider that the process of fermentation with all its variables followed by the complex process of distillation wields such an influence on the resulting spirit that differences in the base ingredient are negligible. Yet if these influences were being exerted on a different wort, then they would surely manifest in different ways? My experience with the Waterford spirit has served as evidence of just how much variety can result from the same crop grown in a different environment when all other variables are held constant.

While this is all well and good when discussing unaged spirit, it is undeniable that the cask can lend an extraordinary influence on the mature whisky (although perhaps not to the extent that some marketers will claim). My experience with the Dad’s Hat Lancaster County batch shows that in some instances the effect of terroir can be felt even after ageing. Of course this being a rye whiskey new oak was used which by its nature is a little less variable than dealing with used casks; where there is no accounting for what the previous liquid has taken from the cask there can be potentially wild differences between whisky from the same new make which has spent time in different casks. However, as a thought experiment consider a distillation output being filled into a number of casks which are blended on reaching maturity, followed by another batch from a different crop. For each resultant whisky, how large would the batch have to be before the probability of any difference being the product of particular casks only present in one batch is less than the probability that it’s the crop itself responsible for said difference?

Theory aside, there are many who look to the whisky industry as evidence that terroir is a concept irrelevant to our beloved spirit: throughout the latter part of modern whisky history the vast majority of distilleries have purchased malt from barley grown across the country (and sometimes beyond), grown on farms that will change from batch to batch and year to year. However I do not see this as being driven by a world in which terroir is irrelevant, it is driven purely by volume and scale. Correctly harnessing process to exploit terroir is hard; it is involved, it is expensive and it is inefficient. Barley from individual fields/farms must be kept separate from harvesting to malting to storage. Mashing can not reuse the last sparge from the previous batch if you’re cooking a different malt, and similarly you shouldn’t reuse low-wines, foreshots and feints when switching batches. Given all of this effort, it is much simpler and more cost-effective to achieve desired variety through other means (such as cask selection). However – importantly – this does not imply that terroir does not exist!

What does all of this mean? For the above reasons I would not be so outrageously bold as to claim that terroir has anything close to a defining influence of the vast majority of malt whisky on the shelves today. But as an endlessly-curious whisky enthusiast I do wonder on the possibilities. I would not like to extrapolate my limited experience to suggest that particular growing environments will always have as direct an effect on a whisky as (say) fermentation time, yet I would not necessarily discount this. We can only learn more by being exposed to more experiments of this nature, and hence anyone who embarks on such a quest is to be lauded.

Regardless, I am confident that crop environment has can have an effect – even if indirect in terms of altering interactions during the whisky-making process – on what ends up in our glass. Whether this is specifically harnessed by a distillery or not, terroir matters.

6 thoughts on “Barley and Terroir: As Clear as Mud?”