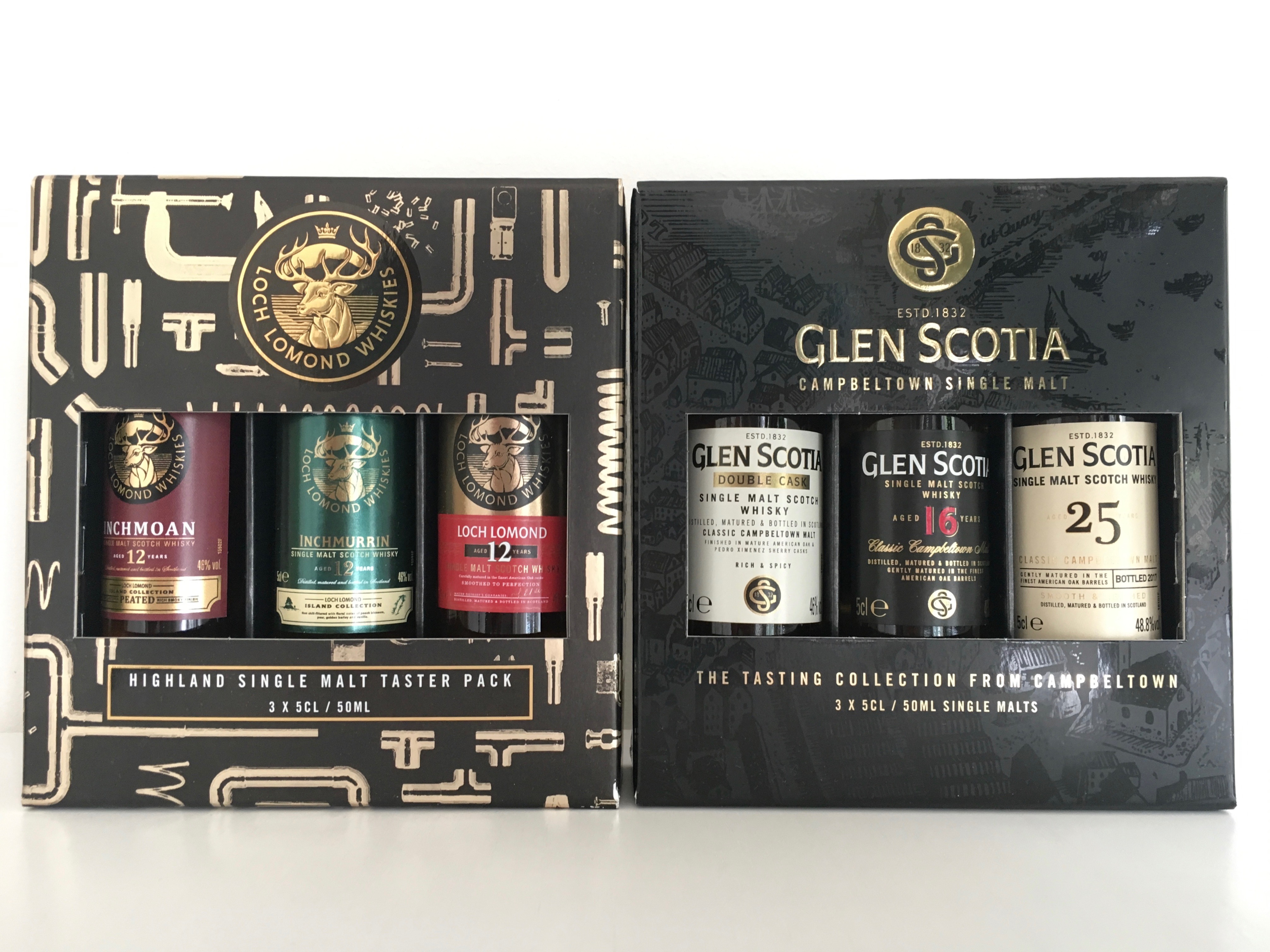 The Loch Lomond Group has been undergoing something of a brand revitalisation of late, which in my opinion is a good thing as you could be forgiven for being a little confused by it portfolio. It comprises two currently active distilleries: Glen Scotia, one of the lesser-known Campbeltown distilleries and Loch Lomond, a veritable whisky geek’s playground of different still types under one site.

The former has been experiencing a bit of a resurgence in recent times, thanks no doubt to more active engagement (such as a new visitor’s centre opened a couple of years back). The latter is one of the most versatile distilleries in Scotland with no less than three types of still. This gives the distillery the ability to produce a wide spectrum of whisky, which – while fascinating to the whisky enthusiast – must be carefully branded to avoid consumer confusion.

Thanks to the ever-awesome Steve Rush (@TheWhiskyWire) I was recently lucky enough to take part in a Tweet Tasting involving a range of offerings from both Loch Lomond and Glen Scotia. During the course of the evening my fellow tweet-tasters and I had the opportunity to sample 12 year-old expressions from three Loch Lomond-produced brands: Inchmurrin, the eponymous Loch Lomond and Inchmoan. In addition we had a 16 year old from Glen Scotia and a newly-introduced 25 year old from the Campbeltonian.

The Inchmurrin brand of whisky is distilled exclusively in the unique straight-necked pot stills with rectifying heads. Coming off the still at north of 80% ABV, the spirit is filled into a combination of ex-bourbon refill and re-charred casks.

Nose: Rather creamy with rhubarb & custard sweets and gooseberry jam. Behind the fruit is gentle vanilla pasty. Given some time in the glass spice, pastry and light perfume fight it out.

Palate: A very silky mouthfeel delivers lots of fruit (a touch richer than the nose), peach syrup and baklava. This is a cracking dram for a warm summer’s evening!

Finish: A little un-integrated with some fiery heat from the alcohol, behind this lies tinned peaches and cinnamon.

Produced from a combination of the straight-necked stills and regular pot stills, this whisky features a small cut of peated malt.

Nose: A little subdued initially, before notes of Caramac bars and toffee digestives reveal themselves. The fruit was quite shy to start with, but given some time in the glass it gently makes its presence felt.

Finish: Dark chocolate with a tiny touch of stem ginger.

Created from all peated malt, Inchmoan is the product of three distillation styles, two from the traditional pot stills and one from the straight-necked still. Different types of peat are being used here, so don’t expect a typical Islay-style smoke bomb!

Nose: An unusual sappy, piney dry smoke is followed by some pleasant sweet fudge & baking spice. Earthy notes are in abundance too, alongside some gentle floral notes (like walking through a garden centre!) – This is undoubtedly a complex dram which deserves some time. Picking up the glass once more, some tart summer fruit starts to appear.

Palate: Toasted marshmallows, poached apples. A faint hint of menthol. If the previous whiskies were summer drinks, this certainly has a very autumnal feel.

Nose: The lightest nose of the evening: fresh laundry, floral perfume, salted vanilla fudge. Given some time in the glass the nose starts to round out further, with some sweet cereal notes of flapjacks. Very pleasant!

Palate: A solid mouthfeel; nicely balanced between clean fresh notes and sweet vanilla fudge, with some salted caramel making for a rather more-ish dram!

A wonderfully contemplative dram which somehow strikes a balance between light/floral and chewy/sweet.

An unpeated malt matured in American oak prior to a short marrying period in first fill ex-bourbon casks. While an entirely unpeated Glen Scotia may seem unusual, it turns out peated malt was only (re)introduced to the distillery in the early 2000’s after an era of smoke-free malt.

Nose: The cleanness from the 16 is there alongside mature notes of oak, tobacco, forest floor and old leather. On the brighter side there is a hint of cola and dessert wine.

Palate: White chocolate with a pinch of salt, malt with plenty of old oak and spice. There is also well-integrated fruit giving a bright, youthful feel to balance things out.

Finish: A pleasant traversal of prunes, astringent oak and warm spice, with some dunnage-y and slightly coastal notes.

Overall a stunning dram which does justice to its quarter century of maturation – one to spend some time with!

Once again Loch Lomond has proven itself to be capable of an impressively varied profile of whisky; there is quality to be found in each style, this is no tryhard polyglot! Glen Scotia meanwhile is continuing to produce some rather impressive Campbeltown malts to a growing murmur of appreciation – it surely won’t be long before these voices are heard among its noisier neighbour!

My thanks to Steve Rush @TheWhiskyWire for arranging another great Tweet Tasting and Loch Lomond Group for providing the samples.