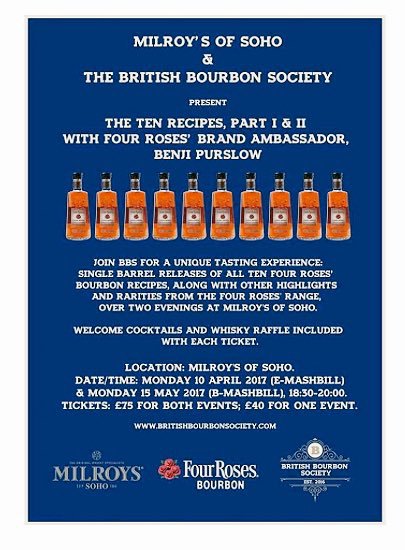 [Updated to include OESO, the final recipe]

If you lean in close to whisk(e)y geek circles today, you may hear whisperings of topics some may until recently have considered archaic – crop strains, soil types, yeast strains…

Since the 1970s, the whisk(e)y industry – Scotland in particular – started to move away from certain methods of production deemed inefficient or inconsistent: low-yielding strains of grain made way for newly bred high-yield cereal, worm-tubs were replaced with shell and tube condensers, fermentation times were cut. The name of the game was high-yield and maximum efficiency. However these optimisations came with a trade-off; distillery character was being forgotten; efficiency bred uniformity. Whisk(e)y was becoming a little more boring.

With the rise of the craft distilling movement we have started to see a resurgence in variety of raw material and process – partly driven by the distillers’ passion and curiosity, and partly in an effort to appeal to the whisk(e)y geek and differentiate oneself from an ever-busier market place.

Given the macro-level trends it would be easy to assume that caring about the small details such as yeast strains is the preserve of small independent operations. However, look a little closer and you can find the same attention to detail among some of the larger players.

Take Four Roses for example: a combination of distilling 2 different mash bills fermented using one of 5 different yeast strains, you have 10 distinct recipes produced on a single site. Hardly young upstarts, Four Roses can trace its routes through prohibition back to 1888. Once owned by Seagram’s, straight bourbon was produced as a blend of spirit produced at its 5 Kentucky distilleries: Fairfield, Athertonville, Calvert, Cynthiana and Old Prentice. Long since renamed Four Roses Distillery, Old Prentice is the only survivor of economic/environmental-related closures. In an innovative effort to emulate the character of each silent distillery, a specific yeast strain was selected for its influence on the resulting whiskey.

The standard expressions of Four Roses contain various combinations of each recipe. The single barrel releases are of course the product of a single recipe; studying the label on a single barrel bottle reveals a four letter code defining exactly which yeast strain and which mash bill created the spirit.

Thanks to the fantastic British Bourbon Society I recently had the opportunity to sample single barrel expressions from the 10 recipes. A marvellous opportunity to isolate as far as possible the effect and influence of the various yeast strains and how they interact with the high/low rye mashes. The tasting was split over two evenings, with all the low ryes sampled on one evening and the high ryes on another. This is a sensible approach given that one would expect yeast influence to be far more subtle than mash bill, although for completeness it would be nice to flip this and also try expressions using the same yeast and a different mash bill side-by-side.

The only other variable in play is cask: with single barrel expressions there is no accounting for cask, no blending away the quirks of the wood. One is left to speculate on what a particular barrel (and its position in the warehouse!) has lent to a whiskey and what is the yeast or mash bill’s influence. During the tasting we had the privilege of taking to Four Roses Master Distiller Brent Elliott – I asked if he would ever consider bringing to market a sample set of un-aged spirit from each of the 10 recipes for the recipe-curious amongst us. This has indeed been considered in the past, but a multitude of reasons including the one-off-purchase nature of such a set coupled with licensing vagaries has meant this has never got past the idea phase.

Nose: Fairly light initially with some crème caramel and a slight dusty spice with a touch of cocoa. Given some time some gentle summer fruit appears. There is a slight pine-y resinous note throughout.
Palate: Crisp fruit and a real astringent balance of wormwood and spice. The finish sweetens once again introducing some vanilla.

A very curious bourbon to start off, the pine-y notes and astringency is not something I would normally associate with Four Roses!

Nose: Far rounder than the previous expression, this has ripe fruit and gentle perfume, some cocoa and an interesting hot cinnamon spice note.
Palate: The palate is far softer and creamier than the F with plenty of vanilla fudge to start off with. This dries out to become more wood-spice led, building to a finish of dry cocoa and pencil shavings.

This is not quite as out-there as the F, but it is another bourbon which would be difficult to pick out as Four Roses in a blind tasting.

Nose: A fairly dry nose initially; sweet and fruity notes are much diminished in comparison to the previous expressions. There is plenty of vanilla and other wood spice, some pencil shavings and a shard of toffee.
Palate: A gentle sweetness dominates the palate, taking the form of caramel and wood spice alongside freshly-baked cinnamon balls. There is also a definite character of “fresh” new oak here.

This felt like quite a hot dram with the alcohol bold and assertive, perhaps being spurred on by the dry, gentle spice.

Nose: Certainly the most robust nose of the low-ryes with plenty of burnt caramel and other char notes alongside boozy poached fruit.
Palate: Not to let down the promise of the nose, this is a big palate with lots of toffee, vanilla, nutmeg and other baking spice.

An assertive dram which demands attention, leaving one wondering how much of this character is cask-driven – surely the yeast was not responsible?

Nose: Lots of oak and dried fruit alongside some ripe berries on the nose, balanced by some gentle wood spice.
Palate: Very rounded, fruity palate – almost cognac-like! An extremely pleasant balance of ripe berries and slightly-sweet vanilla and other woodspice. There is a touch of oak astringency towards the finish to remind us that we are still drinking bourbon and someone hasn’t snuck in a cognac!

A very classy, quality bourbon – as one might expect given the reputation of 1789b barrel picks! Plenty of complexity on both nose and palate with a luxurious mouthfeel. This whiskey would be in its element as a fireside dram, enjoyed from the comfort of a wingback chair.

Nose: Lots of baking spice on a base of toffee. There is an interesting kick of brine-y chilli peppers, likely the additional rye at work.
Palate: Certainly a rye-driven palate with lots of spice. A new carpet note I often detect in rye whiskeys, lots of spice and wood shavings. A gentle hit of menthol appears towards the finish.

Another curiously interesting bourbon to kick off the second act, the rye felt more unrestrained than 35% of the mash would suggest.

Nose: Initial impression is of a far more reserved dram than previous, but behind notes of over-ripe fruit there is a pervasive damp forest-floor note, almost like wet cardboard.
Palate: Again there are gentle fruit notes, but these struggle not to be overwhelmed by the same damp earth notes that tainted the nose.

There unfortunately seemed to be something a little off with this bourbon – this muted dampness felt like a corked wine. With that in mind, it’s difficult to reach a useful impression for the high-rye-V.

Nose: It seems nonsensical to describe a nose as syrupy, but this expression was almost Pedro-Ximinez in its rich layered fruitiness, with a very indulgent sweet floral aspect keeping the nose beautifully balanced.
Palate: A little lighter in texture than anticipated, there is bright fruit balanced with unobtrusive wood astringency. Some baking spice appears towards the finish.

I found this to be an absolutely stunning bourbon, one I could happily sip whiling away an evening.

Nose: Noticeably herbal, almost sappy. Some pine notes balance with citrus fruit, with a botanical aspect that is almost gin-like.
Palate: There is a real brightness to this palate, with bitter oranges, fresh sawdust and a small hint of rich vanilla.

Similar to the low-rye-F, this is an unexpected divergence from typical Four Roses bourbon.

Nose: A classic bourbon nose here – caramel, bright wood spice and a very slight floral lightness. A very clean nose that is fresh without feeling young.
Palate: Beautifully bright and clean. On the sweet side there is toffee and wood spice, this is balanced with a light floral honey aspect which pervades without dominating.

Of all the expressions of the Four Roses recipes tasted, this final dram felt most identifiable as Four Roses.

Thank you to everyone at the British Bourbon Society for the hard work in putting together this unmissable tasting, and to Milroy’s of Soho for hosting!