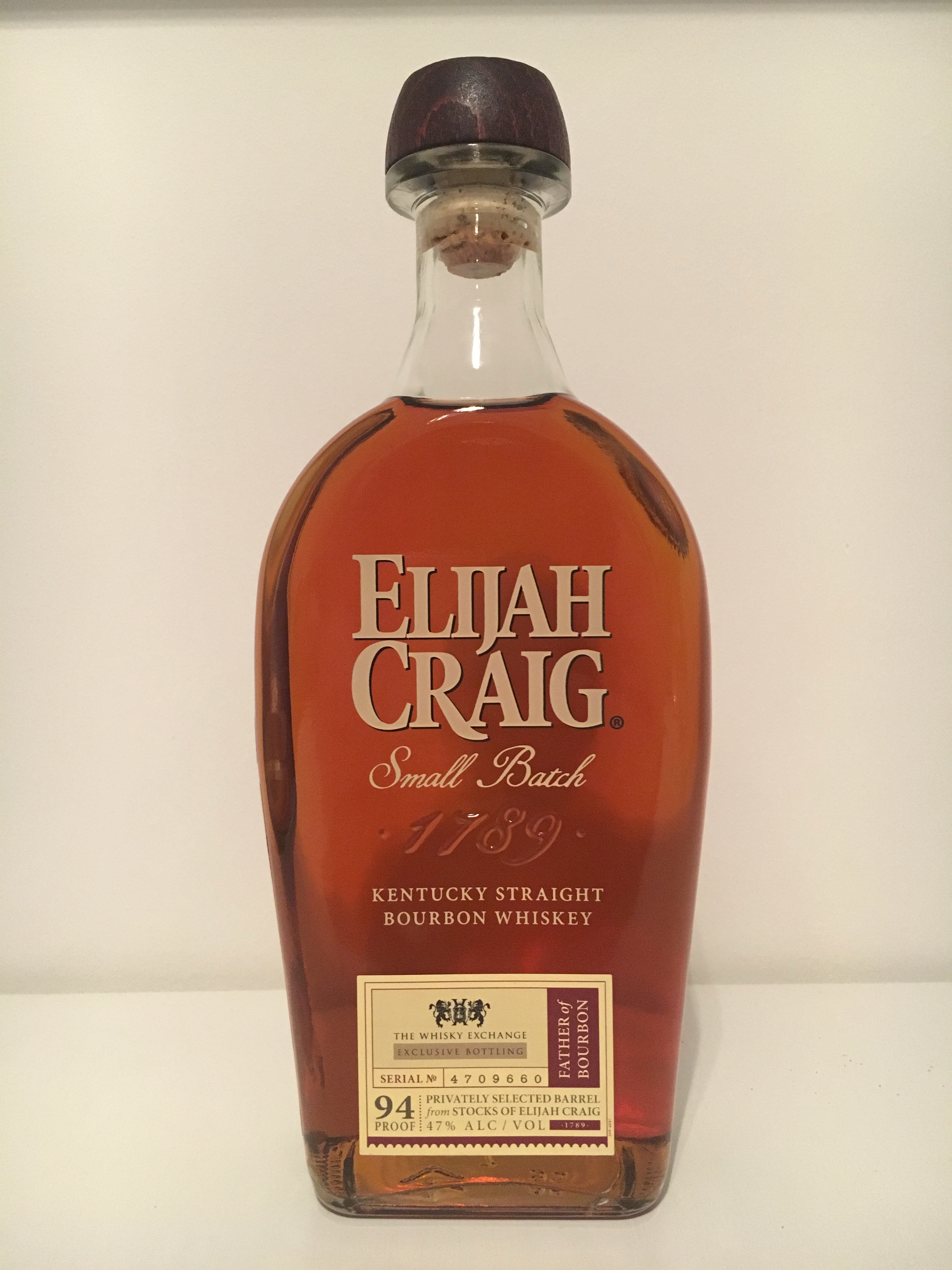 If you are new to American whiskey, you can quickly find yourself lost in a world where the name on your bottle does not refer to the name of the distillery from whence it came; instead it may pay homage to some legend of American whiskey history and tradition. It can take quite some time to become familiar with what named brands are produced at which distilleries and indeed the mash bill indicated by a particular brand. Tricky stuff this American whiskey, it can certainly make keeping track of cask types and peat levels seem rather simple!

As well as being (in UK whisky specialists certainly) a fairly-widely-available bourbon, Elijah Craig was a Virginia Baptist preacher credited – somewhat dubiously – with the creation of bourbon: opening his distillery in 1789 he was said to have been the first to age his spirit in charred casks, a process that gives the bourbon its reddish color and unique taste. According to records however, it would appear that Craig was making whiskey in the same manner as his peers and there is no indication that he used charred barrels – all just a “charming legend” seemingly.

Today Elijah Craig is honoured with an eponymous bourbon distilled at Heaven Hill Bernheim Distillery in Louisville, Kentucky. The brand is one of several produced on this site, and is distinguished by its relatively low-rye/high-barley mash bill: 75% corn, 13% rye and 12% malted barley. Thus we can expect Elijah Craig bourbon to be quite gentle with a rounded sweetness.

For many years a 12 year old was the standard expression from Elijah Craig, and certainly the bottle one might expect to find on the shelves of a UK retailer. However due to demands on stock Heaven Hill took the decision in 2016 to remove the age statement from the label. As things stand the 12 is still fairly widely available in the UK but who knows how long this may last! At under £40 for a 12 year old this is certainly one of the best value bourbons on the UK market, and a good benchmark from which to judge other bottlings.

Today I have the pleasure of sampling a single barrel release exclusive to legendary UK retailer The Whisky Exchange.

Lots of spice up front. There is a sweet side composed of cinnamon, vanilla, honey and some toffee. Simultaneously there is a more astringent side to the nose, with dry cocoa, clove and a slight menthol note. A touch of cherry fruit right at the back of the nose rounds things off nicely.

An initial wave of alcohol with black pepper is followed by layers of charred caramel and berries, with a note of fresh mint appearing on the mid-palate. The various spices from the nose are present here too, balanced nicely against an astringent mouthfeel.

The finish has a slightly bitter herbal note, this is held in check by mint and light berries so as not to be too overwhelming.

Overall this is an interesting alternative to the 12 year old; it is certainly less well-rounded and easy-drinking – as should be expected from a single barrel in fairness – however the raw edges offer the bourbon fan some interesting avenues to explore.