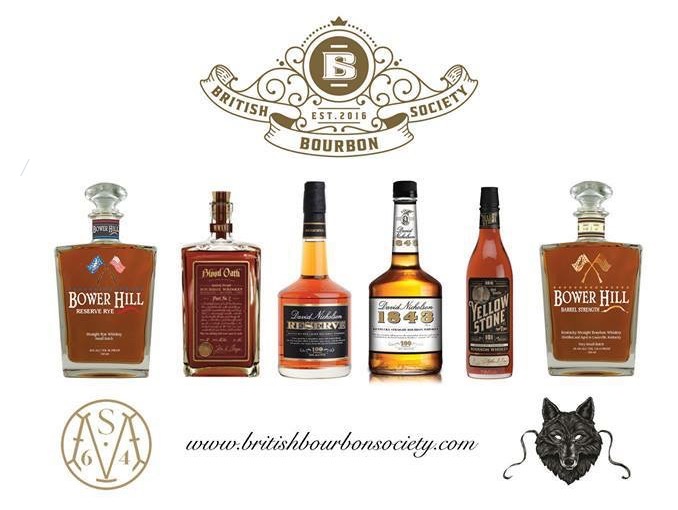 Whisk(e)y enthusiasts can often be heard reminiscing times gone past when amber nectar was widely available and the price per bottle was something that could be mistaken for today’s price per glass (if you find yourself in the wrong bar!). On Twitter, blogger kaskwhisky recently came across a price list from 10 years ago listing Talisker 18 at £38.95, a price less than half of what you will pay today – as long as bottles remain in stock. For whisk(e)y produced beyond these shores the story can be even more dramatic – as recently as 2010 a bottle of Yamazaki 18 could be picked up from a well-stocked shelf for around £70, a far cry from the £300 and upwards one would pay today (when it can be found!).

While American whiskey has seen a similar phenomenon in the UK at the higher end of the market, the recent British bourbon boom has highlighted the positive side of increased interest: there has never been such variety on the American shelves of UK-based purveyors of spirit. With increased consumer choice theory would suggest competitive pricing, but demand is so intense that prices continue to feel pressure in all brackets.

Luxco is one of the latest brands to make a push into the UK market, through wine and spirit merchants Woolf Sung. Originally focused on wine, Woolf Sung has been increasingly spirit-driven of late, which given that it is resulting in more US-produced spirit reaching UK shores is something to be commended. Luxco oversees a substantial portfolio of spirit brands including a number of whiskeys, with Rebel Yell probably the most widely-known in the UK.

Thanks once again to the British Bourbon Society, I recently had the opportunity to sample a range of Woolf Sung-distributed Luxco whiskey that was entirely new to me. Hosted at BBS’s home-from-home Milroy’s of Soho, Woolf Sung ambassador Angus Martin led an enthusiastic group through offerings from David Nicholson, Bower Hill, Yellow Stone and Blood Oath.

In a tradition more commonly associated with blended Scotch whisky, David Nicholson started off as a grocer’s whiskey created in the backroom of a small store in Missouri. The first of the tasting’s offerings is a wheated recipe sourced from Heaven Hill. Until recently the bottle carried an age statement of 7 years, but this has been dropped from recent releases. Luckily there were some drops from an old bottle made available to allow a side-by-side tasting.

Nose: Soft, dusty cereal notes typical of younger wheated whiskey mingle with a hint of underripe fruit and a touch of drinking chocolate powder. Quite spirit-led and not as “rounded” as the older 7 year old bottling.
Palate: A fairly simple palate with some darker forest fruit and a touch of earthy spice towards the finish. The older release balances this with rich toffee notes and an altogether creamier mouthfeel.

The second of David Nicholson’s two bourbons is a high-rye recipe distilled at the behemoth MGP of Indiana distillery.

Nose: There are some notes of soft fruit (banana and melon) alongside some custard cream biscuits, but these tones struggle to be heard over an earthy-char note reminiscent of an extinguished bonfire. Had this aspect been more well-integrated it could have made for some interesting complexity, but instead its dominance leaves the nose feeling a little lop-sided.
Palate: Starts light with tart summer berries and some spice which builds into typical rye notes on the mid-palate. The finish sees things sweeten somewhat with a touch of warm vanilla.

The first of a brace of Bower Hill whiskeys, Reserve Rye is a 51% rye, 49% malt barley recipe whiskey sourced from MGP. Bower Hill is named for the location of the first battle of the Whiskey Rebellion, although battle may be a somewhat grandiose term for what was by all accounts a shootout around a house!

Nose: A very classic young rye whiskey nose led by new carpets (or if you prefer a more palatable descriptor, Angus suggests dill), cereal, spice and pine sap with just a touch of sweetness.
Palate: Consistently, this whiskey offers a very herbal/spicy palate. Again there is new carpets/dill, lots of rye spice and a delicate floral aspect. In addition there is a soft sweetness to the palate; it feels more “rounded” than the nose may have suggested.

This was a very interesting whiskey: with knowledge of the source distillery and having a quick nose, a few tasters including myself concluded that this must be MGP’s 95% rye mashbill. It came as quick a shock that such a rye-led whiskey is from 49% malt barley – I for one had no idea that barley could be such a “neutral” grain allowing the rye to completely dominate. The only hint of a malt presence is perhaps the more rounded feel to the palate, but in all honesty this thought was retrofitted after this revelation.

A blend of 11 year old high rye and wheated bourbons and a 7 year old high rye bourbon finished in port barrels. Although more commonly associated with Scotch malt whisky, barrel finishing is becoming more widely-practiced in the bourbon world these days, leading to the effect where instead of differentiating your product a barrel finish is likely to draw direct comparison with other similarly-finished whiskey.

Nose: Lots of classic port influence on the nose: bright fruit, strawberry laces alongside some vanilla. There is also some more astringent spice.
Palate: More rye-led than the nose suggested, the spirit character makes its presence felt on the palate with spices, a slight herbal aspect and some “green” cereal notes leading to a drying finish.

This was a very enjoyable whiskey albeit at a significant price point, and once again including a finished whiskey is going to invite comparison. In this case 1792 Port Finish springs to mind, and it would be tough to argue that Blood Oath Pact 2 is several times better as its price tag would imply.

A combination of two high rye bourbons brought together and finished in “new toasted wine barrels”. It’s a little unclear what this means – since there is no mention of first fill I would guess ex-wine barrels of unspecified previous bourbon usage which have been toasted since their last fill.

Nose: A bright, clean and elegant bourbon which brings lots of newly-ripe fruit and a good amount of warm wood spice. Interestingly there is a grainy aspect reminiscent of a single grain Scotch.
Palate: A pleasantly balanced palate with initial spice before lots of clean ripe fruit. Spice builds once again before the sweetness of brown sugar appears alongside burnt orange peel. All this delivered on an agreeable viscous mouthfeel make for a very enjoyable, drinkable bourbon.

A fantastic whiskey overall, but at around £140 a bottle at the time of writing it faces some stiff competition. This is the sort of whiskey I’d like to put on the table and share with friends of an evening, but at this price point I’m afraid the economics may not stack up.

The second Whiskey Rebellion inspired bourbon of the tasting, and another high-end offering at around £165 per bottle. Bottled at 59.4% ABV, one would reasonably expect a full-on, punchy bourbon!

Nose: Not to disappoint the promises of barrel strength, the initial nose is big and boozy. Given some time to open up, there is lots of nutty character alongside bright spicy and intense almost-grassy tones with lashings of fresh oak spice and astringency.
Palate: Very animated with lots of sweet cornbread notes. There is a good deal of spice towards the back of the palate and a waxy element that gives some good body to the experience.

A no-nonsense, whirlwind of a bourbon that once again I would not hesitate to recommend but for the price. For the price of this bottle there is some serious American whiskey out there (you may have to hunt it down though!) and thinking of some of these it is difficult to place the Bower Hill on an equal footing.

There is a definite theme to the Luxco whiskey especially at the higher end of the range. Taken without context there is some very good whiskey to be enjoyed, but of course context is everything and for me a few of these whiskeys have been placed in brackets a little above their station.

As always a heartfelt thanks to the chaps at British Bourbon Society for arranging this tasting, Angus Martin and the team at Woolf Sung for showcasing their whiskey and of course to Milroy’s for hosting us.