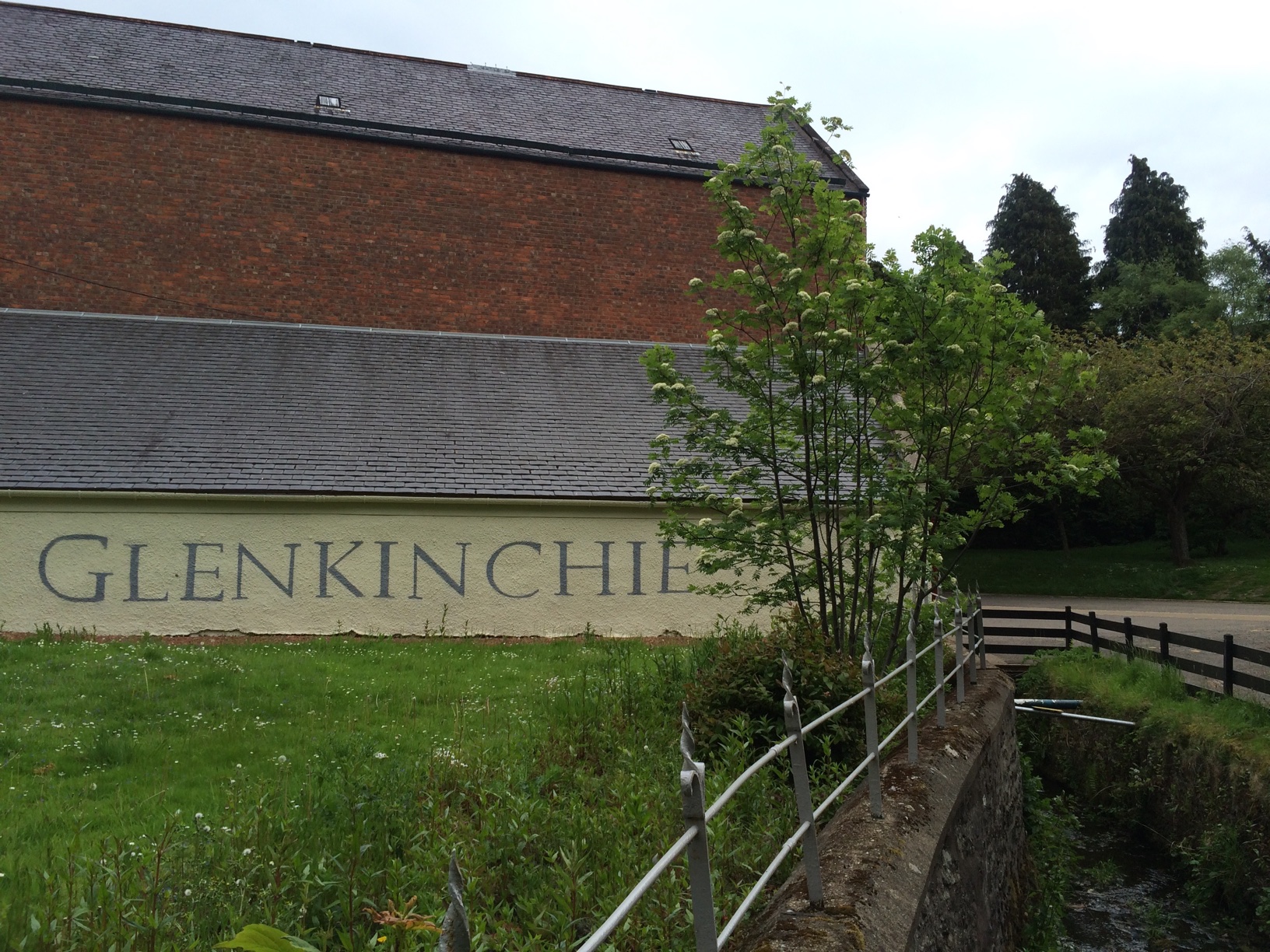 During a recent trip to Edinburgh I took the opportunity to visit the home of the self-styled “Edinburgh Malt” – Glenkinchie distillery. Situated near Pencaitland in East Lothian it lies around 15 miles south east of the city centre; an easy half hour drive. The distillery is nestled in the foothills outside the village, and though it takes its name from the Kinchie Burn flowing past the site the water source is in fact fed from the Lammermuir hills.

Spirit has flowed at this site since 1825 (originally in a distillery under the name Milton), and after a few silent years in the late 1800s the distillery was rebuilt in its present form. Glenkinchie is one of only a couple of surviving lowland distilleries (3 counting the currently-mothballed Bladnoch) although things are looking up for the traditionally light style of whisky with new distilleries popping up in the region.

Like most distilleries from this period Glenkinchie has transitioned through a number of owners via mergers and acquisitions and has ultimately become a Diageo brand: one of the original 6 Classic Malts.

A visit to Glenkinchie yields several interesting aspects, not least when you immediately enter the visitor centre. Situated in what was until 1968 a malting floor, the upper floor of the building is now home to a museum of distilling including a scale model distillery.

With a not-particularly-modest output of 1.7 million litres it may be surprising to discover a single wash and spirit still in the still room, but this is explained by the size of the things: they are a sight to behold and the wash still in particular must be one of the biggest in Scotland!

The surprises continue on stepping outside to view the traditional worm tub condenser: instead of being met by the familiar tube-shaped structure Glenkinchie has a two story high cast iron “box”. According to the stillmen fish have been known to find their way into the tub after the Kinchie Burn floods, and when the water becomes too hot will jump out and land on the ground below. Our tour guide retold this story with a healthy dose of scepticism!

Glenkinchie is a nice site to visit and is worth the short trip if you are staying in Edinburgh. It would be nice if the post-tour tastings could include something a little more unusual than the standard offerings from the distillery and other Diageo brands, but given the pressure on stock it isn’t surprising.

Diageo’s Classic Malts always offer a Distiller’s Edition and Glenkinchie is no different. After 12 years in ex-bourbon hogsheads (which makes up the standard 12 year-old bottling) the whisky receives a second maturation in ex-amontillado European oak butts.

Nose: Led by the classic Glenkinchie light, fresh and sweet character before the sherry influence adds a touch of rich warmth. Grassy with lemon peel, crisp green apple and a background of raisins and sultanas. Becomes woody with warm spice, then custard creams.

Finish: The freshness from the front of the nose returns to round up a very drinkable, pleasant lowlander.