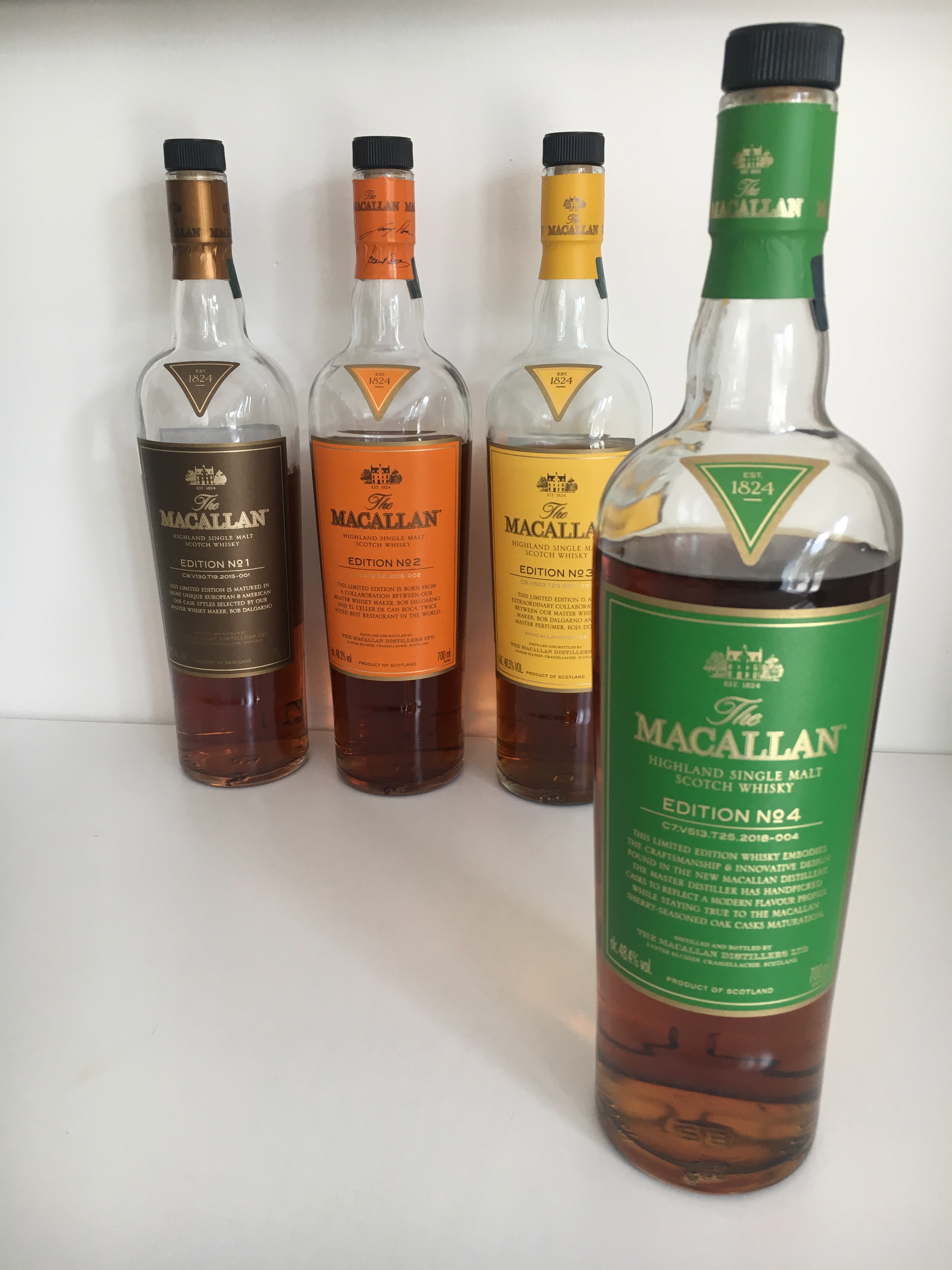 The Macallan never seems to be out of the news for long. The last 12 months saw headline after headline of record-setting auctions culminating with the sale of a 60-year-old for £1.2m to a flurry of press coverage that had lots to say about unique labels and hand painted designs but little on the liquid inside the bottle. The archetypal Macallan Auction Article is full of name-drops for the artists involved in the label designs, those involved in producing the bottle, even those who simply inspired some aspect of the design. I have yet to see such an article reference the distiller, blender, mashman or anyone involved in the creation of what is ostensibly being sold.

A limited edition bottle marking the opening of the new distillery literally stopped traffic as eager enthusiasts and flippers alike – no doubt inspired by the auction headlines – blocked roads in their zeal to get their hands on one of the 300 available (from a global outturn of 2,500) at the location which inspired the release. Unsurprisingly many of these bottles immediately found their way onto auction sites, earning around ten times the original outlay of £495. If you are interested, the official website has a 300-odd-word blurb on the expression, with about a dozen of those being related to the whisky itself once the fluff is removed.

A busy 2018 for the distillery was capped with an advertising campaign which included prime time terrestrial television slots in the UK – quite a rarity for single malt scotch whisky, even during the lucrative Christmas period. The advert saw eyebrows raise as quickly as its central character dropped before growing wings and flying to safety. Said advert has since been banned by regulatory body The ASA for depicting extreme risk-taking behaviour. To be clear this referred to a depiction of base-jumping, as opposed to a whisky advertising campaign almost entirely devoid of depictions of whisky.

This positioning of The Macallan as not simply a whisky but a luxury lifestyle product — a byword for prestige and unrivalled quality — is nothing new of course. The auction records and the perceived collectability of every limited edition coming out of Easter Elchies is testament to a successful branding strategy, taking us further from the days of the Macallan name being relatively unknown outside of a circle of drinkers in the know.

Initially the Edition Series felt almost like a throwback to these bygone days. Offering information front and centre of its packaging that — age aside — far surpassed anything else in the Macallan stable, each expression felt focused and with a purpose that is all too sadly lacking from many “limited” releases on today’s shelves. More importantly, bottles were reasonably priced and with a sufficiently large outturn to remain on shelves long enough to pick up a second bottle should the first be particularly enjoyed.

This series has not been immune to The Macallan Effect however, with the latest expressions being generally available for less time than it takes for the unopened bottle shots to appear on Instagram. It seems that The Edition Series has become collectable, often the first step to becoming out of the reach of the everyday drinker.

After the strong showing from Editions 1-3, does the series continue to offer sufficient reward as it becomes increasingly difficult to follow?

Edition No.4 is a vatting of seven cask types comprising a not-unusual combination of first and second fill European/American oak casks of varying sizes from typical Macallan sources. The theme for this expression is structure, a cute nod to the new Macallan distillery which is represented on the packaging.

The darkest of The Edition Series so far, not that there’s much in it. Perhaps attributable to greater use of the smaller hogshead casks?

Leads with earthy notes initially, cacao nibs in particular. Balance is provided with some bright root spice: cloves and orange peel, with the rich sweetness of toffee and dates. At the back of the nose there is almost a hint of bittermints.

Not as silky or mouth-coating as the earlier Editions, the palate matches the nose with a balance of dark chocolate, burnt orange peel and manuka honey being led by baking spices, with cumin and ginger dominating overall.

The spice of the palate continues on the finish with coriander joining ginger. Much like the mouthfeel felt a little “light”, the finish is slightly let down by its brevity.

While there is nothing particularly unpleasant about this whisky, it feels somewhat pedestrian; it has well-defined traits without aberration. While the elimination of quirks is undoubtedly desirable in the establishment of a global brand, it is these quirks that keep the inquisitive drinker interested.