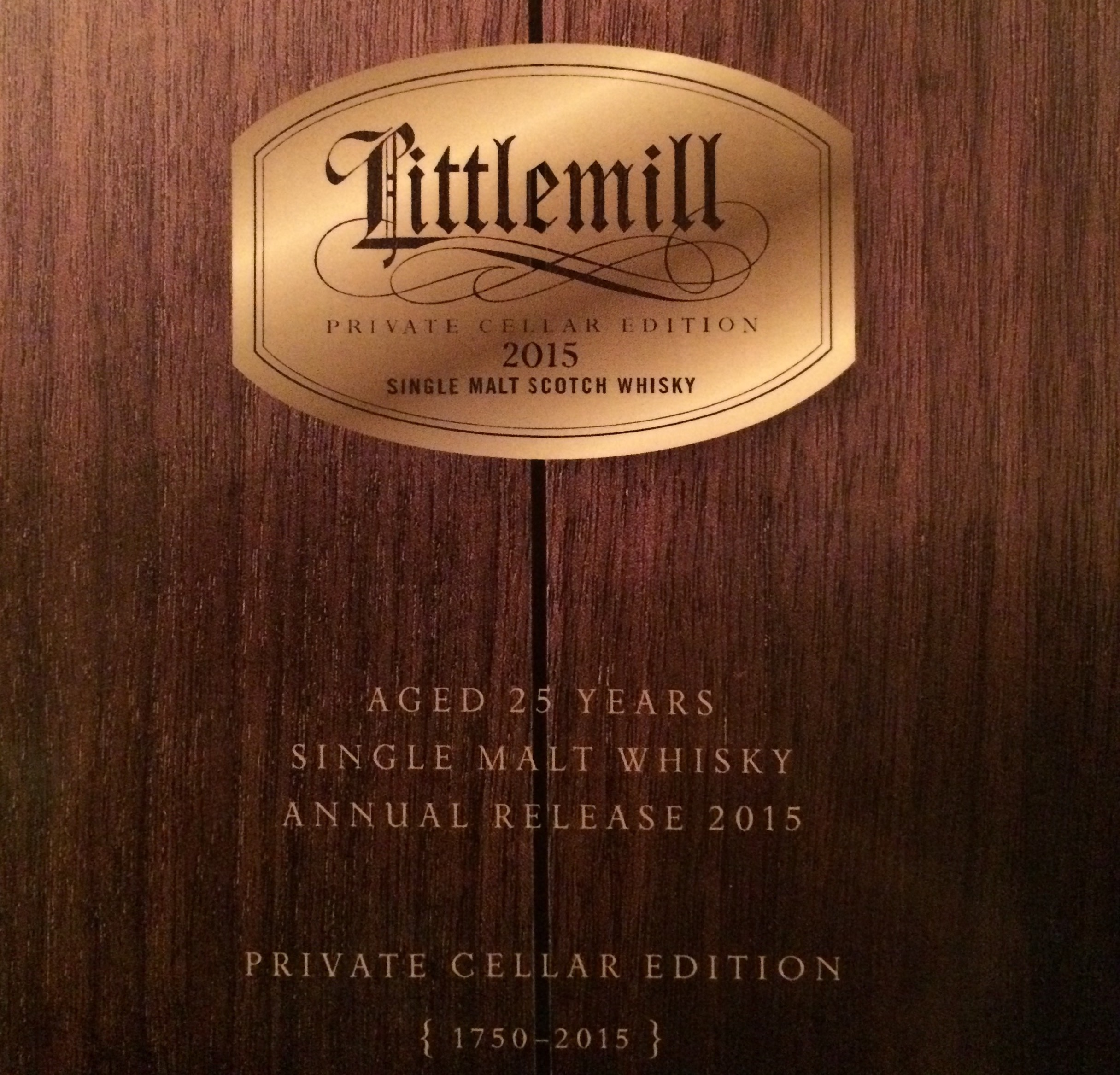 Situated in Bowling, West Dunbartonshire the Littlemill Distillery was officially established in 1772, making it one of Scotland’s oldest distilleries. Its location placed it right on the boundary between a highland and lowland whisky, but its style is generally classified as lowland (despite interestingly enough having used a highland water source).

Unfortunately like so many other old lowland distilleries, fate has not been kind to Littlemill. In its modern history it was another victim of the Whisky Loch over-production crisis and the spirit stopped flowing in 1984. Reopened five years later in 1989 it only lasted until 1994 when its then-owners (Gibson International) went bankrupt. The distillery was dismantled in 1997 and the remnants of the site were destroyed in a fire in 2004.

Luckily, the Loch Lomond Group held onto a number of maturing casks and are releasing this remaining liquid as Private Cellar Edition releases on an annual basis.

The 2015 edition is a 25 year-old malt; a marriage of 10 casks distilled between 1989 and 1990. Originally matured in a mixture of American and European oak, the vatting was finished in 1st fill European Oloroso sherry casks before being bottled at 50.4% ABV.

I have been lucky enough to receive a sample of this limited release through the fantastic Whisky Wire who have arranged a “Flash Blog” event (see below links for other participants). The 14th October 2015 will no doubt see lots of reviews and opinions being shared via social media using the hashtag #Littlemill.

Amber flame. Not intensely dark for a 25 year-old whisky that has spent time in ex-sherry casks – perhaps an indication of a well-balanced dram that has lots to offer!

Quite rich initially but not overbearingly so – this is a lowland malt after all! Led by warm vanilla and hazelnuts alongside some sweet floral honey. Warm spices such as ginger root make an appearance in the background, there’s a hint of a cereal note with a tangy edge – toast and marmalade. Given some time in the glass the floral notes take hold and combine beautifully with the spice. With a drop of water, molasses, brown sugar and cinnamon appear, reminiscent of a kitchen fresh with the scent of a baking pie.

Very consistent onto the palate, following the theme of the nose. Initially vanilla bean dominates before a delicious honey note takes over. A touch of allspice, nutmeg and other sweet spices are all present. This dram has a beautiful mouthfeel, the viscosity is reminiscent of a Dalmore.

A pleasant, long finish which builds to a crescendo of chai spice.

This is an example of a whisky which has been very skilfully aged, allowing the complexity to build and not be overwhelmed by the cask. Whilst I lament the loss of Littlemill I tip my cap to the Loch Lomond Group for doing a great job honouring its memory with this release.

Many thanks to Steve Rush @TheWhiskyWire and Loch Lomond Group for providing the sample.

Throughout the Flash Blog event I will update this section with links to other participants’ reviews of the sample.

See #Littlemill for all content shared as part of the Flash Blog event.