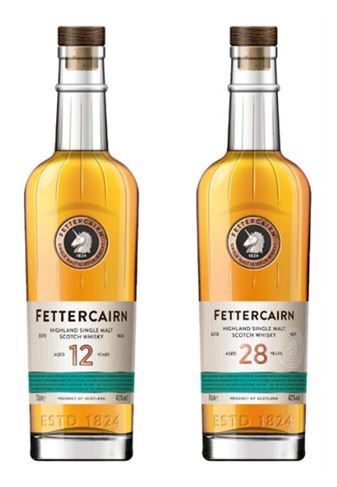 Anyone who has toured more than a couple of whisky distilleries in Scotland will be quite familiar with the various aspects of production at a high level. From the grain mill (probably a Porteus – “so reliable it bankrupted the company”), through the mash where “the draff is fed to local cows”, the “uniquely-shaped” stills (probably from Forsyths) and finally to a picturesque dunnage warehouse (possibly the only non-palletised/racked configuration in its inventory); there is a lot of common ground between the malt distilleries of Scotland at face value.

One must look closely to uncover the difference between your Glenlivets and Glenfarclases. As whisky enthusiasts we are naturally drawn to any aspect of a whisky which is unusual. A distillery taking a decision to deviate from “how everyone else does it” draws in the curious – why was this decision taken? What effect does it have on flavour? Perhaps unsurprisingly, effect on yield rarely carries as much interest to the enthusiast.

That extra long fermentation time may be the reason a whisky may have a creamy, buttery mouthfeel. Those direct-fired stills with their heat spots encouraging Maillard reactions may account for the nutty, caramel notes in one’s glass. While appreciating a production quirk’s influence on what ends up in the bottle is undoubtedly a fascinating pursuit, it must eventually distill down to the key question “does it taste good?”.

At face value, Fettercairn is an interesting distillery to consider. On the production side there are a couple of points of curiosity to the whisky geek – the mash tun is unusually open-topped, producing a cloudy wort. More famously, the stills feature a unique cooling ring, drenching their swan necks with a continuous stream of cold water. This keeps the temperature of the copper in the neck down, increasing reflux and encouraging a lighter spirit.

As a whisky, Fettercairn has for much of its history been Whyte & Mackay’s forgotten single malt. Despite expressions being available for many years, for a long time there did not seem to be a great effort to promote these. Simultaneously, Fettercairn was not seen in independent bottles with great regularity.

Although an attempt was made back in 2009 to improve brand visibility with the release Fior and Fasque, a pair of unfortunately uninspiring no-age statement expressions, it wasn’t until 2018 with the initial launch in what has become a full core range of expressions between 12 and 50 years old that Fettercairn would see fair representation. With a rebrand and some rather tidy packaging – the bottle features a motif representing the cooling water running down the stills – Whyte & Mackay’s blend stalwart is no longer the forgotten child.

With an interesting distillation process and historical rarity in single malt format, surely Fettercairn would be revered and coveted by whisky enthusiasts? In reality mentions of Fettercairn were often met with a shrug of the shoulders at best. Has this changed with this new showcasing?

Matured exclusively in American oak ex-bourbon casks, chill-filtered, caramel-coloured and bottled at 40% ABV, this expression can be found for around £45.

Nose: Initially sweet with warm vanilla, barley sugars, a touch of marzipan and rich honey. There is a breadiness in the form of buttered toast. Over time the nose becomes fruitier with lots of nectarine and melon, with orange peel top notes.

Taste: A pleasantly creamy mouthfeel brings gentle cereal and biscuit notes, combining with the sweetness of spun sugar. A hint of orangeade brings brightness and depth. The mid-palate sees the development of dough and candied ginger.

Finish: A fairly short finish continues where the palate left off, before settling on orchard fruit.

Another American oak ex-bourbon expression, this time the ABV has been fine-tuned to 42% and can be found for around £460.

Nose: A similar base to the 12 year-old with tropical fruit and sweetness. On top of this is a layer or richness with orange oil and prunes in syrup. On the lighter side there is strawberry jam and clotted cream fudge. The darker side has raisins, a touch of treacle, black tea and damson. After a while a nuttiness comes to the fore with toasted walnuts.

Taste: Another creamy mouthfeel delivers orange peel and bright baking spice, brightening up the richer notes of banana and dried fruit with a touch of leather and black tea. This balance of sweet and savoury notes persists across the palate.

Finish: A medium length finish sees the richer side of the palate linger with dried fruit and toffee.

Perfectly pleasant whiskies, yet a rather curious pair. Thankfully the core range has since been expanded, as the gap in price brackets between the entry level 12 and the 28 left a chasm of inaccessability. On price, while neither expression is conspicuously exorbitant in its bracket they are both towards the top end, for which one would hope for a more natural presentation without colouring or chill filtration, and a higher ABV up to the benchmark 46% would also be welcome.

Should these aspects be addressed, with a full complement of expressions across the ages in its core range, perhaps we are reaching the time to finally get excited about Fettercairn?

Thank you to Whyte & Mackay for providing samples.