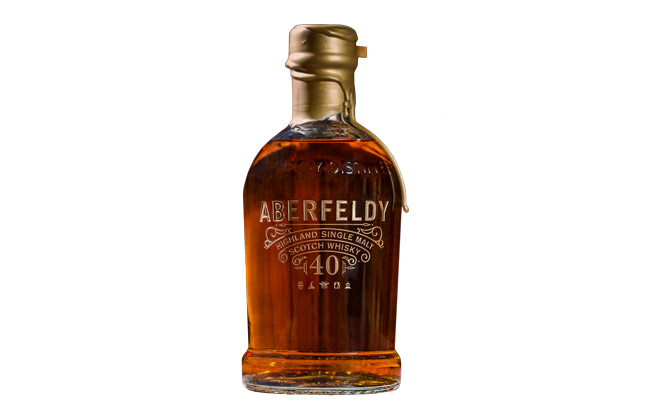 The bottle your own concept has significantly gained in popularity in distillery visitor centres in recent years, with even some of the more traditional scripted, route-following, tour-and-a-dram offerings joining in. It is understandably an option that proves popular with visitors; not only does a distillery exclusive offer an appropriate souvenir from a visit, but the hands-on and interactive process of filling a bottle from a cask can go as far as to form sentimental connections with the distillery and its whisky.

With a significant portion of the world enduring some form of lockdown at the time of writing, this link between our senses and our memory becomes an even more relevant and important tool for processing our experiences. With a dram in hand one can fondly hark back to esteemed experiences and look forward to once again sharing a glass and a memory with those we hold dear in revered surroundings.

The question facing those with the keys to the warehouse is how this lasting vestige of a distillery visit should present itself? For some distilleries where a smaller proportion of their output is released as single malt, any expression that affords the enthusiast a deeper look at the distillery style is welcome. For others, the bottle your own option is a chance to showcase their more experimental, eclectic side, with unusual and exotic cask types finding the spotlight. This can serve as a handy tool for gauging customer feedback, a convenient small market to dip toes into new waters.

Aberfeldy has been a proponent of bottle your own offerings for some time, regularly offering both a bourbon and sherry cask expression to visitors. While the ex-bourbon offering typically doesn’t stray too far from the distinctive distillery character, the ex-sherry variants often push the boundary for how much of a cask-led beating that spirit character can take without being subdued.

From the end of last year Aberfeldy has gone in an entirely new direction with the bottle your own distillery exclusive concept. A series of 3 ex-bourbon casks filled on 22nd August 1978 offer a rare opportunity to hand-fill some of the oldest stock available in the Aberfeldy warehouse. The allocation of such rare stock is a statement of commitment to the bottle your own concept at Aberfeldy, and one which should be welcomed. Instead of a general limited release with some short-term PR and a fleeting migration from warehouse to collector’s shelf, this whisky can slowly form bonds with those who have personally connected with the distillery. For spirit that has taken four decades to reach its pinnacle this seems an appropriate destiny.

Regarding the whisky itself, it will be interesting to discover how the steadfastly enduring distillery character of “the golden dram” manifests after such a long spell in wood.

Available for £2,500 this is clearly not an inexpensive whisky, however in the inevitably-rather-varied category of 40 year-old whiskies it finds itself fairly comfortably in middle ground price-wise. During these times of distilleries being closed to the public Dewars have taken the step of offering the chance to reserve a bottle online, to be hand-filled during a trip to the distillery at some later date. They will even post you a sample pack of the 40 year-old alongside their core range and can arrange for a brand ambassador to talk you through the drams over a video call!

A fairly light gold for a 40 year-old. It’s probably a fair assumption that the 40 years were not spent in first-fill ex-bourbon, which in the interest of a balanced dram is most likely a positive.

The initial wave brings typically “mature” notes of leather and a touch of coal before the nose takes an unexpected turn; becoming lighter and fresher with floral notes of sweet blossom. The classic Aberfeldy heather honey is there alongside orange oil with sherbet powder adding a light touch. There is a background note of waxed paper present throughout. A drop of water brings malt and vanilla to the nose.

Simultaneously rich and gentle, the palate leads with orange oil and old leather armchairs. A honey sweetness returns alongside creamy fudge, with baking spice appearing from the mid-palate onwards.

A lingering combination of the ubiquitous orange oil with an increasing spice.

Given how well Aberfeldy’s spirit can stand up to heavy sherry it is perhaps unsurprising that its character continues to dominate after such a long maturation, however the sheer freshness of the nose in particular was a pleasant revelation.

If you are fortunate enough to be in a position where this whisky’s price bracket is a justifiable spend then Aberfeldy 40 should be near the top of your list.

My sincere gratitude to Greg at Great Drams for arranging the tasting and of course to Dewars/Aberfeldy for providing samples.