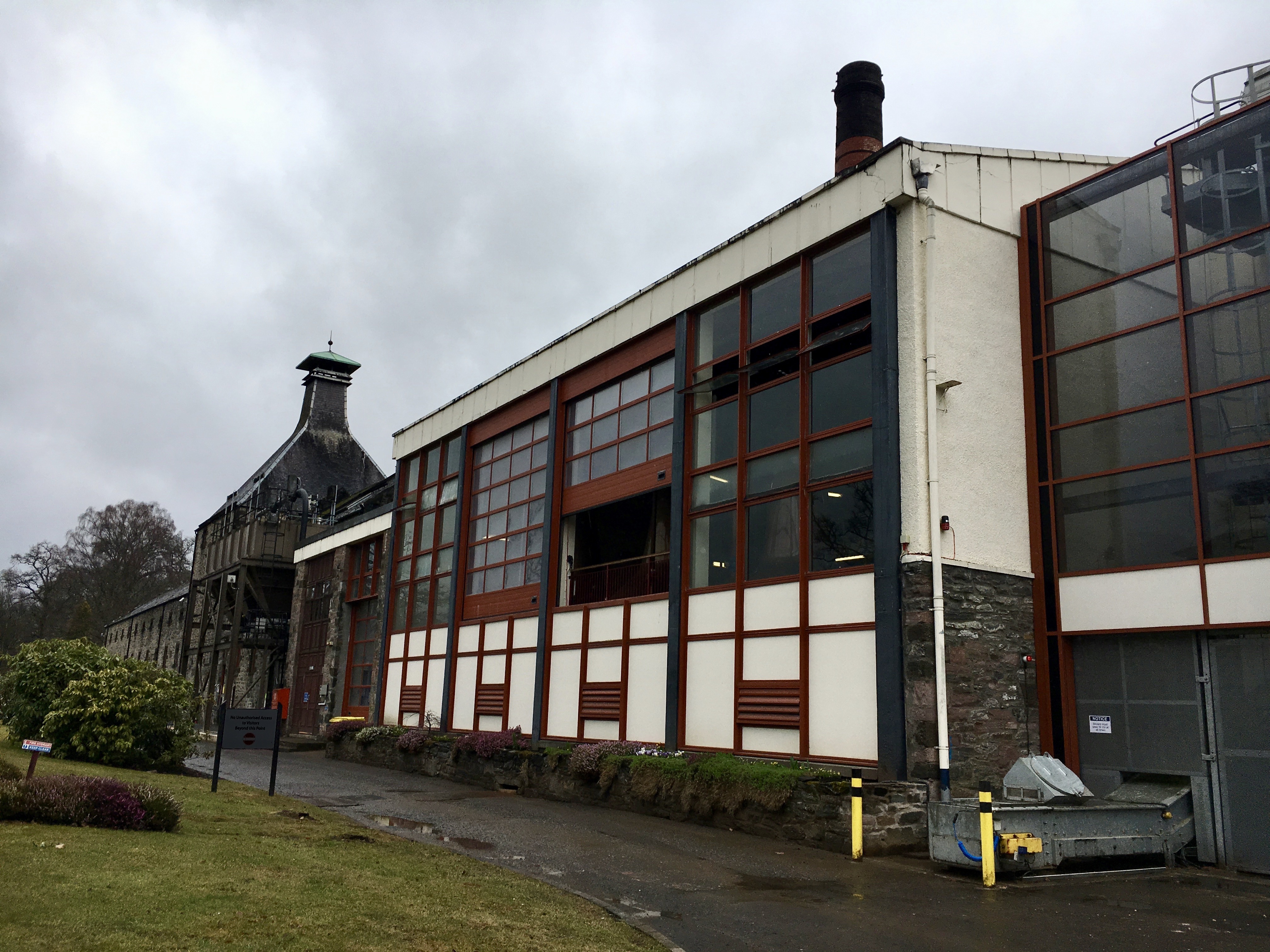 Throughout its history, Aberfeldy distillery has been a symbol of progress. Situated on the banks of the River Tay in Perthshire, the distillery was built in 1896 for John Dewar & Sons to provide a reliable source of consistent, quality malt whisky for the Dewar’s blend. This marked a significant progression of Scotch blenders from simple grocers trading whisky to producers who would go on to shape and define the whisky industry we know today.

This intrinsic link between brand and distillery has endured, with the visitor’s centre titled the Home of Dewars. No visit is complete without spending some time looking around the Dewar’s heritage museum on site; an archive of historical artefacts, recollections and advertisements which with the help of a rather innovative interactive iPad app help bring the history of the brand – and the legendary Tommy Dewar in particular – to life.

Tommy Dewar was a salesman and marketer ahead of his time. Widely considered to be the first whisky Brand Ambassador, Tommy travelled the world spreading the name of Dewar’s whisky and crafted a marketing image of Scotch that remains familiar to this day. For anyone who thinks that heavy marketing of whisky featuring imagery and story-telling is a modern phenomenon, a stroll through these archives will be an eye-opener!

For those who have visited many a malt whisky distillery Aberfeldy may seem like a fairly standard production site, yet the details are another symbol of change and progression in the whisky industry. Tacked on to the side of the original stonework building is a glass-fronted still house, a hint of modernising renovation from the early 1970s that became a staple look for DCL-owned distilleries in that era.

It was during this period that saw direct-fired stills replaced with steam coils and the old malting floors retired. Production efficiency was the ethos of the time, with the layout and capacity of each component meticulously designed to squeeze every last drop of spirit out of the site. One mash fills a single washback in the next room, which charges both wash stills to capacity in the next.

Today the drive for efficiency targets energy costs, for example heat exchangers are now a common fixture helping reduce energy waste in distilleries. Aberfeldy goes a step further: Late 2014 saw the installation of a biomass boiler that not only lowers energy costs but reduces the distillery’s CO2 emissions by around 90%.

Thankfully, all of this does not mean that yield and efficiency is an altar on which flavour is sacrificed at Aberfeldy; the spirit produced is known for a sweet honeyed note and somewhat syrupy mouthfeel, the result of an extended fermentation time (running between 72-80 hours) and slightly slower than normal distillation taking a late cut.

Recent years have seen an expanded core range of distillery-bottled Aberfeldy available as part of John Dewar & Son’s Last Great Malts collection, and despite the headline-grabbing awards bestowed upon the Craigellachie offerings in this collection it is Aberfeldy which has seen the largest growth during this period. After spending so much of its history primarily turning out malt for the Dewar’s blend it is nice to see a rather comprehensive and quality core range showcasing what the distillery is all about — although dropping chill-filtration and raising the ABV would be an excellent finishing touch as I have touched on previously. This recent focus has in turn seen an increased emphasis on the single malt at the visitor’s centre. There are a number of tour options available, some of which include a cask sample and all of which afford the opportunity to hand fill a bottle (usually with a choice of ex-bourbon or ex-sherry matured whisky) – always a nice touch for the visitor looking for an original memento.

During a recent trip I took the (highly recommended) 15 minute detour off the A9 over to Aberfeldy where I was very generously shown around by Gary (author of the Unchillfiltered blog). During the tour I had the opportunity to sample a handful of single casks, and couldn’t resist heading home with a bottle of the current ex-sherry cask fill-your-own.

Nose: Unsurprisingly this is an intensely sherried nose with plenty of classic Oloroso notes present. Leading with earthy spice, ground ginger and hot cinnamon, with a fruitier side bringing balance courtesy of fizzy cola cubes and rich red fruit. Given some time in the glass the distillery character begins to lend its influence with digestive biscuits drizzled in honey. A few drops of water softens the nose considerably, bringing Jammy Dodger biscuits.

Taste: Plenty of dark root spice initially, almost a liquorice note alongside ginger nut biscuits. Some black tea – possibly earl grey – can be found on the mid-palate before once again red fruit brings balance. The mouthfeel of the spirit character lends a pleasant chewiness to the palate which counteracts any astringency. As with the nose, the reduced palate brings more of a summer fruit sweetness and a jammy quality.

An unashamed intense cask-led whisky that in a roundabout way provides a good example of distillery character; despite the potency of the cask influence classic Aberfeldy character manages to make its presence felt lending body and depth to the dram. Not only a desirable attribute in a single malt whisky, but a most useful characteristic for a blending malt!

Thank you once again to Gary for taking the time to show me around and share some excellent whisky!