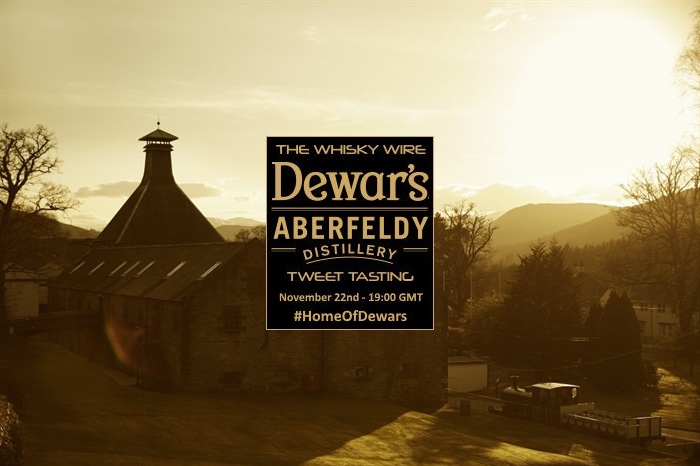 The self-styled Home of Dewars, whisky produced at Aberfeldy distillery has long been a major constituent in Dewar’s White Label blend. Until a few years ago there were only two distillery-bottled single malts available: a 12-year-old and a 21-year-old, complete with red squirrel branding in a bit of a throwback to the previous Flora and Fauna releases – which in their time were the only way a single malt enthusiast could become acquainted with Aberfeldy.

2014 saw owners Bacardi include Aberfeldy in a rebranding under a new Last Great Malts range comprising each John Dewar & Sons managed distillery (also including Craigellachie, Aultmore, Royal Brackla and Glen Deveron). It could be argued that although Aberfeldy was given more prominence among this group prior to the rebrand, it has been somewhat in the shadows in the years since – due in no small part to the recent success of Craigellachie in particular. Nevertheless, the old dumpy bottles and red squirrels are gone and the shiny new branding has seen a range now expanded to include 12, 16, 18 (for travel retail), 21 and 28-year-old expressions.

I have previously sampled most of the range and have been quite impressed: competitively priced, well-balanced whisky with a consistent, distinctive distillery character present throughout. My one gripe – particularly relevant to the higher end expressions – is that the entire range is bottled at 40% ABV, presumably chill-filtered with colouring. Increasing bottle strength by just a few percent would in my opinion give this whisky an added oomph in its delivery and an extra dimension to explore, something I place emphasis on when spending upwards of £100 on a bottle.

With Tweet Tasting season in full swing, I didn’t hesitate to sign up when Steve Rush announced an Aberfeldy tasting and I was very excited to find two distillery exclusive single cask, cask strength offerings among the samples kindly sent out – a great opportunity to take a closer look at the spirit of Aberfeldy.

The entry-level expression in the range, this 12-year-old is matured in a combination of refill ex-bourbon barrels, rejuvenated casks and ex-sherry butts. Bottled at 40% ABV with no statement on chill filtration or use of colouring.

Nose: A fairly rich delivery of warm vanilla fudge with honey. There is a touch of slightly tropical fruit in there too. Given some time the nose becomes a little perfume-y with light citrus top notes.

Taste: Starts off pleasantly with fudge and honey, alongside some ginger spice with a touch of tropical fruit. The mid-palate towards the finish feels a little “light” – perhaps let down a little by the low bottle strength?

Finish: Malty with some citrus peel and a very faint hint of a char/smoke note. During the tasting I was not alone in detecting this slight burnt note, but I was most certainly in the minority!

An absolute solid drinker at around £35, fantastic value! At the risk of becoming a broken record, it would be perfect bottled at 46%.

Distilled in 2001, this distillery exclusive fill-your-own was matured in a refill ex-bourbon barrel. Bottled at a cask strength of 56.5% ABV.

Nose: Immediately feels punchier than the 12. Lots of toasted malt, citrus and spice – ginger and vanilla – then comes the soft fruit. Left in the glass for a while, the Aberfeldy tropical fruit is back in abundance! Once the fruit subsides a little, there is coconut and cream soda. A fantastic evolutionary nose, a great example of how cask strength whisky implores you to keep going back for another nose.

Taste: A delightful balance of oak and toffee initially, then a touch of tropical and orchard fruit alongside some golden syrup and honey. The palate really sweetens up nicely with a couple of drops of water, bringing honey and coconut flapjacks.

A solid single cask that strikes a good balance between distillery and cask character. A fine example of higher bottle strength giving the drinker more to explore.

Another distillery exclusive fill-your-own, this whisky was distilled in 1999 before being matured in an ex-Oloroso sherry butt and bottled at 56.5% ABV.

Nose: A big sherry hit right off the bat: a wave of dried fruit with ginger and cinnamon – dare I say it in November: Christmas cake! There is some salt caramel sauce with the cake too. Once the sherry subsides a little, the distillery character can be found lurking behind; some sweetness with a little tropical fruit and plenty of honey.

Taste: Lots of sweet and spicy notes follow nicely from the nose: a large slice of ginger loaf, brown sugar coated dried fruits, all the Christmas cake fruit and spices. A few drops of water really rounds out the mouthfeel on this dram, suddenly the fruit & spice are joined by a creamy sweetness.

Finish: Pleasant interaction between rich fruit, woody and earthy spice goes on and on.

This is a fantastic whisky, certainly among the top sherried whiskies I have tried this year. It is a bit of a sherry bomb, which means the distillery character is somewhat masked. Does this matter with such a delicious dram?

My sincere thanks as always go to Steve Rush for arranging this Tweet Tasting, to the fine people at Aberfeldy for generously providing samples and to my fellow Tweet Tasters for a most enjoyable evening.