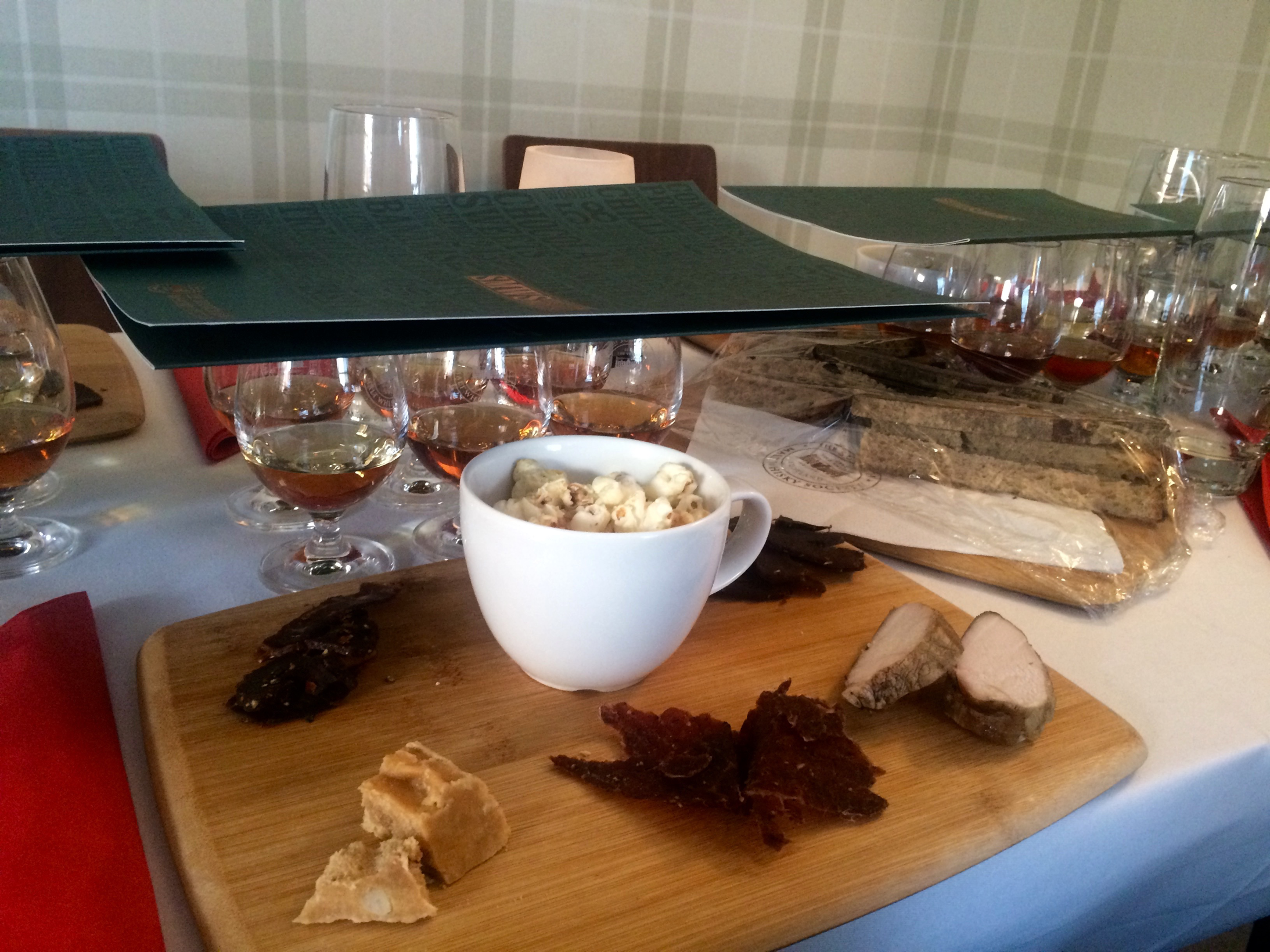 When asked in a member’s letter a number of years back why the Scotch Malt Whisky Society hadn’t bottled any single grain whisky, the response was pithy and to the point – “for the same reason we don’t bottle bleach: it’s not what we do”. Fast forward a few years while I’m still awaiting my first bleach presented in the iconic green bottle (I’m sure bathrooms would never smell so good), SMWS have offered single cask Japanese, Welsh and Irish malts, single grain whiskies, even rums and armagnacs, not to mention single cask bourbons.

B3.1 (A Little Box of Treasures) was released late 2014, only the third bourbon distillery to be represented by a SMWS bottling (around ten years after the second!). The distillery is Rock Town from Arkansas, the first legal distillery in the state since prohibition. On Monday evening I had the absolute pleasure of attending a tasting at SMWS London hosted by Phil Brandon, founder and head distiller.

Phil’s story is an inspiration to any whisky enthusiast who harbours a dream of stepping up into the industry. Having spent a career in the telecom industry, his job was put at risk when his employer was acquired. With this motivation to leave corporate America behind, Phil made the transition from hobbyist to distiller via self-study – through books more than tastings! – and founded Rock Town distillery in 2010. Speaking to Phil, I found it very insightful that the initial quest for a spirit that met his standard was a drawn out affair involving much “debugging”: change a single variable, try again, tip it out if it’s no good. Rock Town is very much committed to producing whiskey to represent and benefit the region around Little Rock, and takes pride in sourcing grain as locally as possible.

The event held at SMWS London’s member rooms on Greville Street consisted of 6 whiskies with some optional pairings (this was experimental, there was no specific match for each dram), providing a fairly definitive picture of what Rock Town produces.

Matured in a Four Roses ex-bourbon barrel, around 1½ years old. The hickory smoke is always present but never overbearing and provides a welcome complement to the wheat grain’s character. Nicely sweet with some resin-y note to keep thing in check. Pleasantly drying on the finish.

Rock Town’s Rye Whiskey uses a mash bill of 88% rye and 12% malt barley. The rye used was grown specifically for Rock Town – apparently rye is not a grain widely grown in Arkansas! This is a classic big rye whiskey with rich polish notes, spiciness and some sweetness. There are notes of cherry candies and sherbet with a hint of something herbal – burdock perhaps. The finish is long, spicy and gently drying. Lovely!

A mash bill of 62.5% corn, 12.5% wheat, 12.5% rye and 12.5% malt barley, this whiskey is produced using a sour mash process, meaning 30% of the mashing water is reused from a previous fermentation, controlling the pH level of the wort to allow the yeast to be most effective. The four grains are all contributing plenty to the nose of this nicely balanced bourbon: spice, forest floor, ripe cherry, soft vanilla. The palate is a lovely balance of sweetness and drying woody spice notes.

A small piece of bourbon education for the evening: bourbon has no minimum maturation period, but any bourbon less than four years old must display an age statement on the bottle. A bourbon labelled as “straight bourbon” must be aged for at least 2 years. This straight bourbon is a mash of 82% corn, 9% wheat and 9% malt barley. The nose was nice and fresh, some sweetness from the malt, and notes of cherry coke – a classic “big” bourbon. This would be a great all-night sipping whiskey.

Bottled after a touch over 3 years in a new charred oak barrel, this “Little Box of Treasures” is the Scotch Malt Whisky Society’s first bottling of Rock Town bourbon. The nose is quite similar to the previous cask sample, but a little more delicate and subtle. A good comparison would be nosing the straight bourbon but from a few inches away. Gentler notes such as cocoa are more pronounced. I would hazard a guess that the SMWS tasting panel chose this cask specifically to match the palates of the (mostly) Scotch-drinking members, and it does a great job of bridging any bourbon gap one may have.

Bottled after around 14 months in new charred oak barrels, this cask strength bourbon received very high praise in Jim Murray’s 2015 Whisky Bible and was crowned “2015 U.S. Micro-Whiskey of The Year”. I found a wonderful balance of sweet toffee, ripe cherries and vanilla spice, with dark molasses and liquorice lingering in the background. The mouthfeel was quite sublime and the finish delightfully long – great stuff!

Not only is Rock Town producing spirit with the sort of passion that is attested by its quality, it is a distillery with a great ethos of being part of its community. I wish them every success for the future and will look out for future bottlings in the UK with great interest. Thank you to Phil Brandon for sharing and to SMWS London for hosting a great evening.