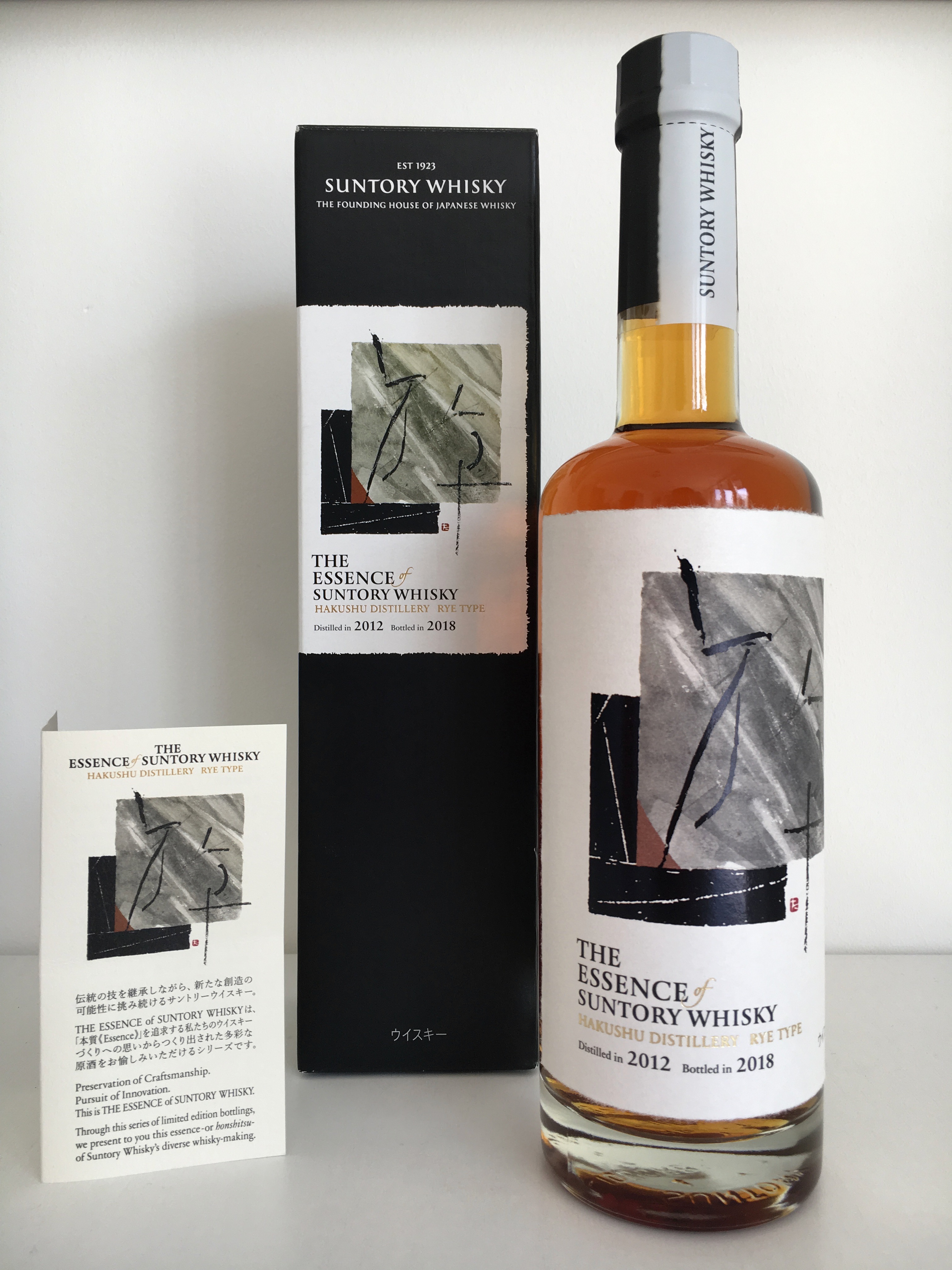 When discovering Japanese whisky, one startling distinction from the Scotch whisky industry soon becomes apparent. In Scotland, a culture of sharing between distillers and blenders has been fostered; blends can introduce a particular character by purchasing spirit from a distillery known to produce said style. With diversity of spirit readily available across the industry as a whole, it rarely makes much sense to produce a diverse range of whiskies in-house. Thus, distilleries focus their attention in honing a particular style of spirit, spawning the concept of distillery character.

This is not the case in Japan. With practically no sharing of spirit between producers, Japanese blenders are limited to a palette consisting solely of whisky produced under their own roofs.

This arrangement gives rise to the situation in Japan where a single distillery can evolve to produce a number of distinct styles of spirit, no doubt affording the master distiller opportunities for experimentation that their Scottish counterpart could only dream of.

For even the large producers in Japanese whisky (i.e. Suntory and Nikka), a certain portion of output being sacrificed to experimentation with no guarantee of return is acceptable when operating a traditional malt distillery; an odd batch run through the pot stills yields a small enough volume that future concerns such as warehousing are negligible. However the same does not apply to grain distilleries. These distilleries are all about volume and output – huge washbacks feed giant column stills which are fed continuously. Not only would interrupting this perpetual process for the purpose of speculation be an invasive and costly procedure, the smallest “batch” one could feasibly run through the industrial-sized stills typical in grain distilleries would no doubt exceed the warehouse space most operations would be willing to set aside for what is essentially non-product spirit.

Faced with this dilemma, Suntory took the step in 2010 of expanding their traditionally malt-producing distillery at Hakushu to include a small column still – one tenth of the size of the stills at Suntory’s primary grain plant Chita Distillery. With this still in place, Suntory had a setup purpose-built for grain distilling research, free from the restrictions of a product-focused environment.

While it is all well and good having a secret squirrel club where the creative distiller can quietly pioneer new styles, it would be regrettable for the whisky aficionado if this was done entirely behind closed doors.

In a refreshing move at the turn of the year, Suntory announced the release of three limited edition whiskies in a series called The Essence of Suntory. Showcasing the more experimental output from Suntory these whiskies are demarcated from the standard expressions, being offered in original packaging with slim bottles and labels exhibiting Japanese artwork. A clever branding move which ensures no dilution of Suntory’s core range while at the same time offering the whisky buff a peek behind closed doors. There is without doubt the additional aspect of the limited bottlings’ appeal to the collector and investor, but in today’s market Japanese whisky sold in old cola bottles would likely still fetch exorbitant prices. It is (as always) what is inside the bottle that counts, and here we have three atypical expressions being offered – in a welcome move – at cask strength.

Today’s whisky is arguably the most interesting of the series: a single grain rye whisky from the column still at Hakushu. This is to my knowledge the first Japanese rye whisky ever released, and was distilled in 2012 to a relatively low proof (although exact ABV is unconfirmed) from a 100% rye mash bill. In a similar style to many American rye whiskeys the spirit was then matured in highly-charred American oak casks before being bottled in 2018 at a punchy strength of 57%.

In evidence of the current popularity of Japanese whisky this expression has more than doubled in price since its initial pre-order offering, now placing it far outside any sensible definition of value.

Vibrant copper. For a fairly young whisky the colour is confirmation of highly active, heavy-charred casks.

Initially grassy and earthy, the nose opens up with a wave of plum and fruit blossom. There are classic rye notes of warm spice with vanilla and cinnamon in particular. Present throughout lies a note of freshly-sharpened pencils and a distinct earthy char. A drop of water tames this edge to allow the spice and fruitiness to shine.

A rather drying palate is initially dominated by char, which along with the youthful alcohol when unreduced presents something of a barrier to the sweet notes of toffee and baking spice which lay underneath. The mid-palate offers further depth with floral notes, white grape and the slightest hint of marzipan. Once again a drop of water serves to open up the palate nicely, delivering more sweet spice and fruit on a pleasant creamy mouthfeel.

There is some spice initially but this is quickly washed away by an earthy char note which lingers in ever-increasing dominance.

This is certainly a unique whisky and one which is bound to start a conversation when shared between any group of whisky enthusiasts. With that in mind I feel like the rye grain character should be front-and-centre, yet the use of heavy-charred new oak has led to a cask-dominant expression. A missed opportunity in terms of this release perhaps, but a reminder that experimentation is about trying something new and learning from the result.

4 thoughts on “The Essence of Suntory – Hakushu Rye”