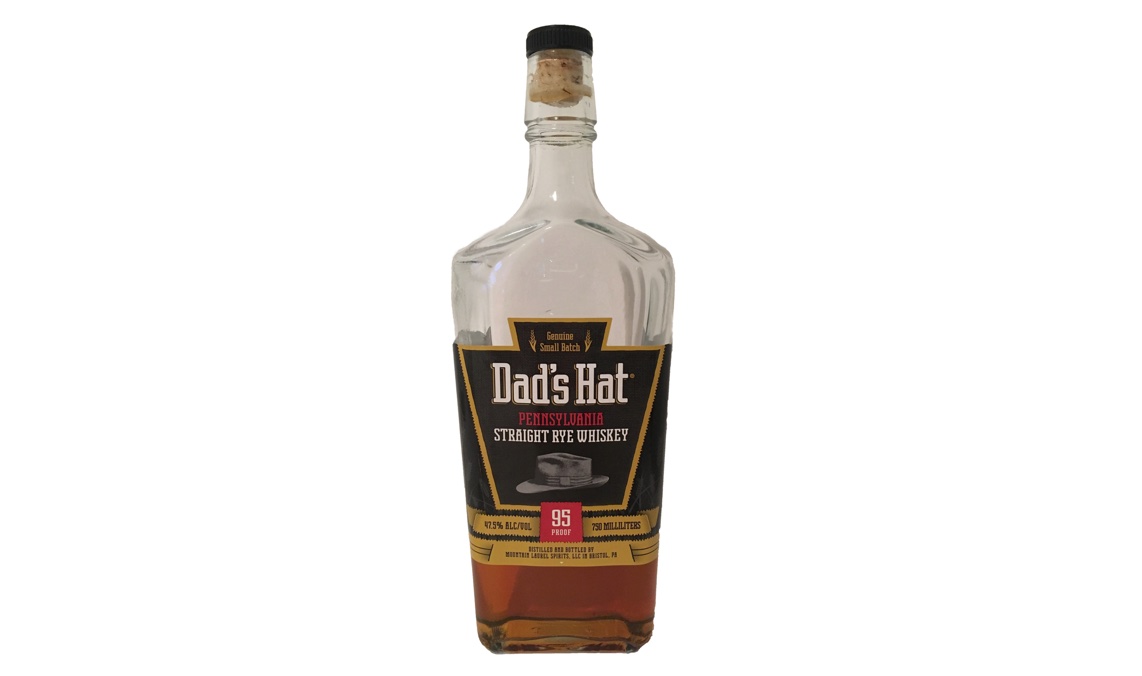 During my recent trip to Dad’s Hat distillery I found that the vatting tank was filled with something representing another milestone for the distillery – their first release of a 3 year-old straight rye whiskey. This limited release is available now in the US and I was lucky enough to get my hands on one to bring back to the UK (thank you Herman!).

What makes a rye a straight rye? In addition to the standard requirements for labelling a whiskey as “rye” in the US (distilled from at least 51% rye, aged in new charred oak), the straight moniker dictates that:

This last point is somewhat interesting in its corollary: if your whiskey is more than four years old there is no requirement to state the age on the bottle (although I’m sure there are marketing advantages to displaying its maturity in these cases!).

This straight rye from Dad’s Hat follows the standard Dad’s Hat mash bill of 80% rye, 15% malted barley and 5% malted rye. It has been aged for just over three years in new charred American Standard Barrels (200 litres).

A glowing, golden copper. The nose starts to make its presence felt immediately on pouring – promises of a big rye here!

There is an initial sweetness from the interaction of the malt and oak: dusted toffee bonbons, vanilla fudge and a hint of dried fruit. This is followed up with star anise and other baking spice, a hint of something reminiscent of new carpets (a note I often pick up in rye whiskey), and a touch of dried red fruit. A drop of water brings out vanilla, toffee and nutmeg on the sweet side, with lime citrus and jalapeño peppers lingering in the background.

A nicely buttery mouthfeel brings vanilla toffee and other malt-led notes on the attack, before the spiciness of the rye kicks in on the mid-palate with some star anise and a touch of gari, followed by a very slight menthol note.

The finish brings back some of the sweeter toffee notes from the attack, balancing nicely with the robust spice. This balance of chewy sweetness and sharp mouthwatering spicy notes makes this a moreish dram that implores you to pour another glass.